This week, we are continuing with the updates we’ve been making to our ESG Development Heatmaps, focusing this time on the Food and Beverage sector. As we have done before, we only focused on (1) companies listed in the Mexican Stock Exchange and (2) publicly disclosed materials. 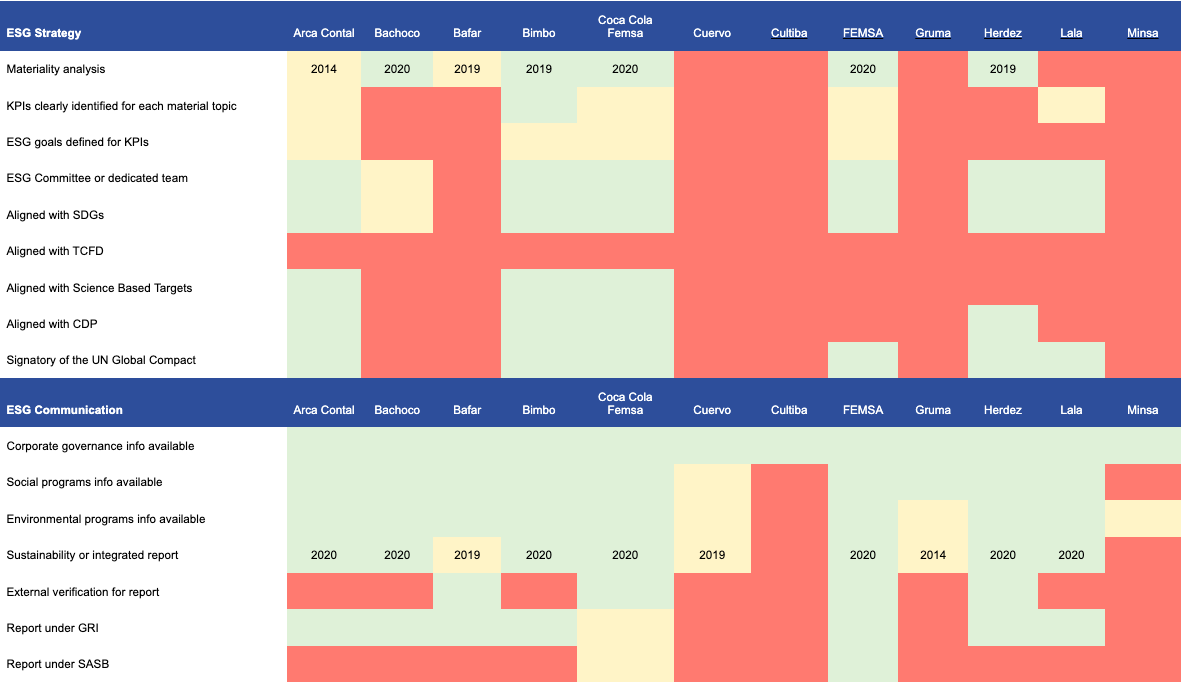 What can we read from this heatmap?

There was good progress in the formal materiality process for the industry as well as in formal ESG reporting, even if there are still several companies who are yet to start this journey (or at least publicly announce it). Around one third of these companies are inching closer and closer to establishing and publishing KPIs and goals for their material topics, but we are still far from the ideal scenario even in some very visible names.

TCFD remains unchartered territory for Food&Bev companies, despite a third of them going through other formal climate-related assessments such as CDP and SBTi. We would expect that over time reporting under the TCFD framework is adopted too, since investors pay so much attention to these analyses that force companies to think about climate change on different levels.

I hope you found this interesting. As usual, if there is anything we can help you with, or if there is an ESG topic you would like to know more about, please let us know.